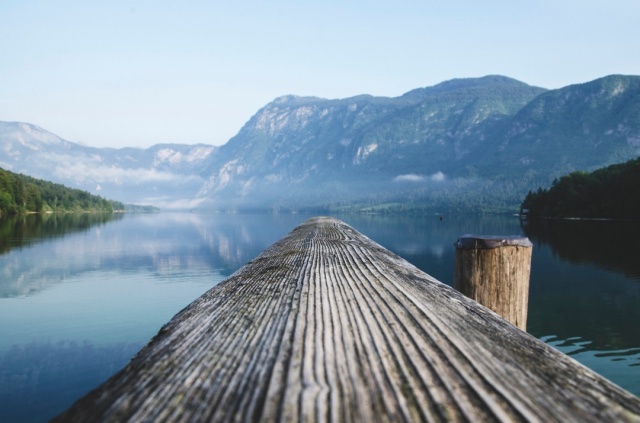 It struck me yesterday how busy Holy Week is. Especially for pastors and lay members in the church — we have so many services that hold such importance, all squished into a very small window of time.

With so many events taking place, it seems easy to lose sight of each movement of Holy Week. But then again, as I read the Passion Narrative again this week, I realized how easy it is to push past some of the most meaningful moments in the text in an effort to get to the resurrection.

The story of Peter’s betrayal is a text that I have previously rushed through. Jesus had already predicted so much that came true, and Peter’s denial didn’t seem to really move the story forward in any especially distinct way. Yes, Jesus predicting Peter’s denial in Luke 22:31-34, and Peter’s actual denial in Luke 22:54-62 show Jesus’ power to prophesy, as well as Jesus’ unfailing love for Peter. It’s an amazing story, but in the scope of the crucifixion and resurrection I found it easy to skim past.

If we pause and give these verses just a little more attention, we see a much larger narrative at work. We don’t typically tie Jesus’ beating and taunting in with Peter’s denial, but as my husband and I read the text this week he pointed out connections that can change the way we look at this text.

Just after Peter denies knowing Jesus in Luke 22:54-62, the writer begins describing how Jesus’ captors beat and taunted him. The text states in verses 63-65, “The men who were holding Jesus in custody taunted him while they beat him. They blindfolded him and asked him repeatedly, ‘Prophesy! Who hit you?’ Insulting him, they said many other horrible things against him.”

On the surface it just sounds like they’re mocking him. Like they’re taking one attribute Jesus claimed to have, and daring him to do it again. And in Jesus’ resolve, he holds back and refuses to give in to their taunts.

The text is far more subversive than that. The writer wants us to see that as Peter fulfills Jesus’ prediction of denial, Jesus’ captors dare him to prophesy. Yet Jesus doesn’t need to yell out a new prophecy, because Peter is literally fulfilling one at that very moment.

These are moments that we can miss in the midst of Holy Week and in the chaos of our lives. But they’re sitting in our Holy Book, waiting for us to grasp them. So may we slow down and pay attention today and in the coming days. Because as we prepare to approach the cross and the tomb, we have such greater truths to grasp than even this.